After purchasing an old property needing complete renovation in Pinoso, the owners wanted to repair large holes in the roof in order to prevent the property from becoming more damaged due to rainfall entering the building. There was also evidence of some movement in the walls and several of the upstairs rooms had ceilings that were so low you could not use most of this space. The new owners wanted to renovate the house over a period of time, but first needed to ensure that it was safe and watertight before starting the renovation work.

It was agreed that the tiles would be removed from the existing roofs and where possible reused to keep the character of the property and to save cost. The roofing beams would also be removed and replaced where necessary. Blanes Construction confirmed that the height of the roof could be increased at the same time, allowing larger windows to be installed later and creating much more usable space in the rooms on that floor of the property.
Implementation:

After removing the rotten and failing woodwork and recovering as many tiles as possible, a concrete and steel frame was built on top of the existing walls, strengthening and raising them, essentially tying them all together to add strength. New beams and rafters were added and the old tiles, together with new ones were added to make the look and feel of the new roof in keeping with the rest of the house. At the same time, insulation was added to help improve the environmental footprint of the building. In the newly raised walls lintels were added to allow for much larger windows to be fitted at a later stage and guttering was added to ensure that rain water flowed well from the roof.

The final solution was a roof that was water proof and looked in keeping with the rest of the property and the neighbouring properties. The new height of the ceiling not only made the internal area much more usable as it was now possible to stand up inside all the rooms, it also acted as a belt to help prevent any of the old stone walls from moving. Larger windows could be installed later with ease and rainfall was directed away from the roof with adequate guttering and internal piping. Insulation was added to ensure that the future heating bills would be efficient. 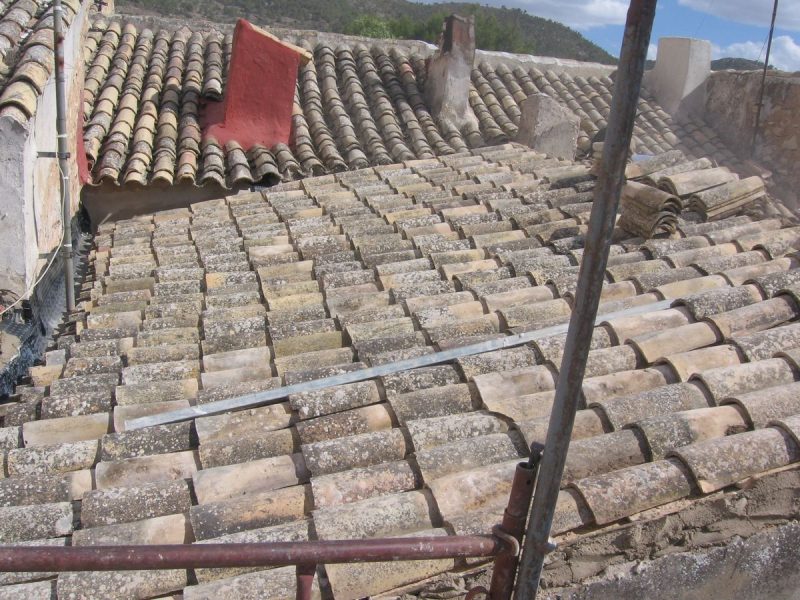 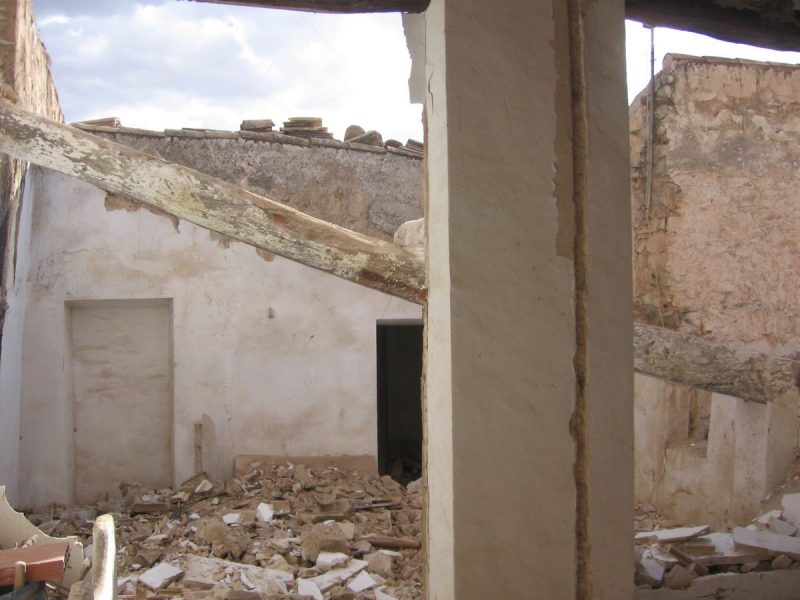 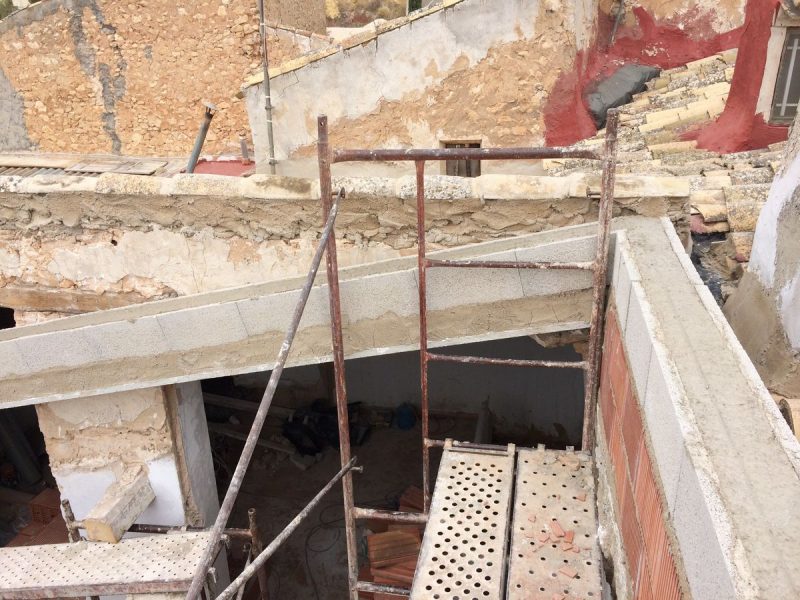 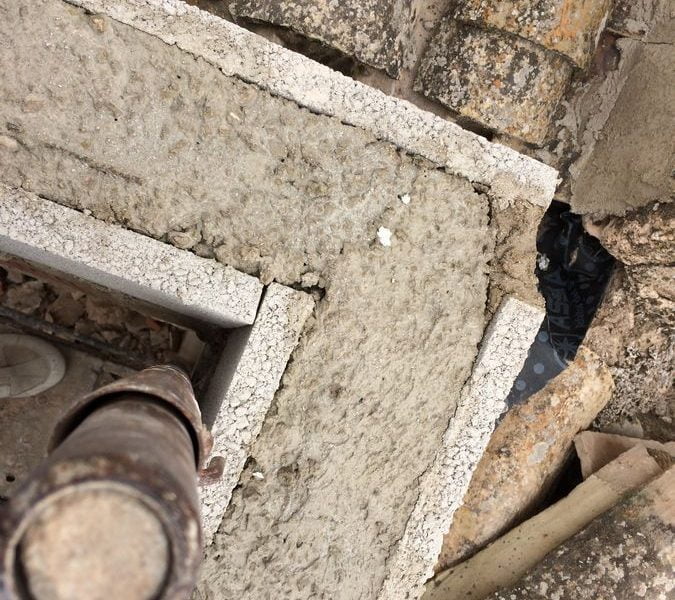 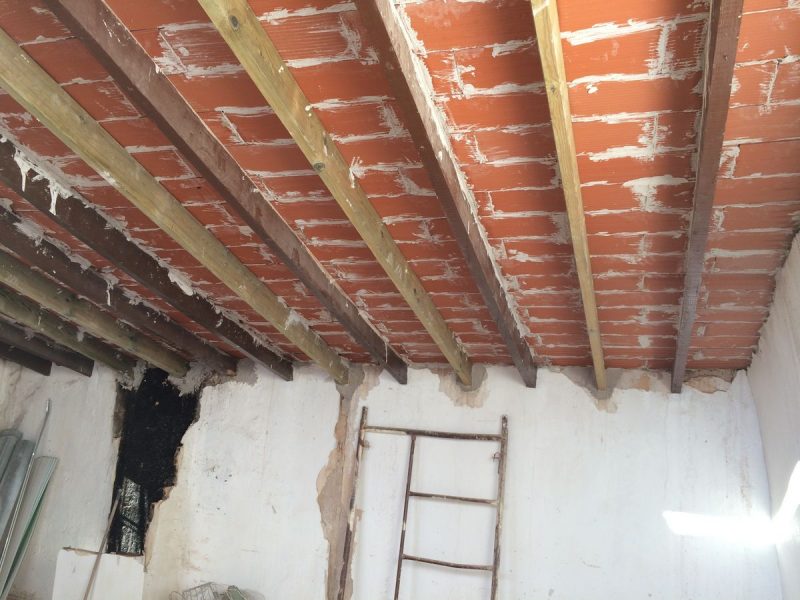 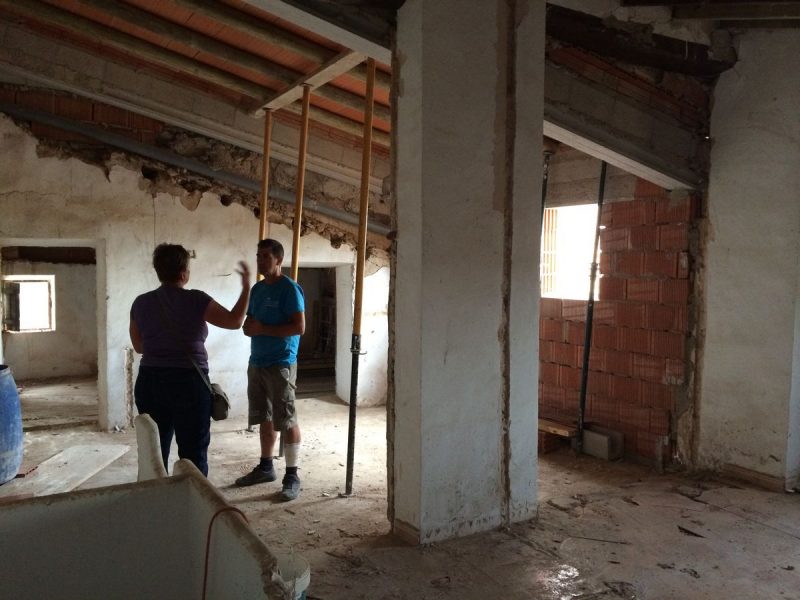 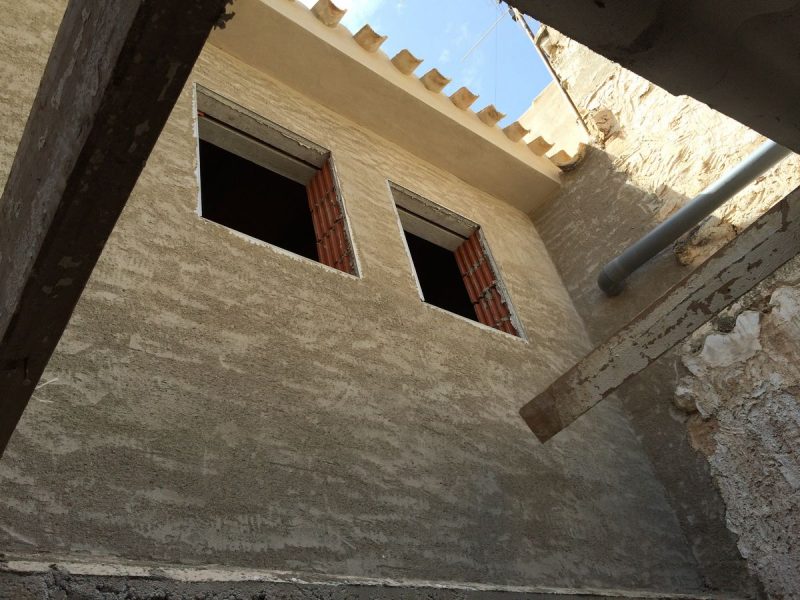 We can help you today! Read about our general & small building work services, or contact us directly!

Finally, after a long search for the right house in El Pinós/Pinoso, we got it, and with the good help Read more
Odd and Jonathan - Pinoso

After several investigations about the reconstruction of our house we ended with the firm Blanes. They gave us the most Read more
Harry & Carolina - Pinoso We didn’t know Blanes Constructions and were recommended their services from the estate agent that we bought the houses through. Read more
Claire & Matthew - Raspag